React Native is probably one of the closest cross-platform app development frameworks to mimic and develop native-like apps for Android and iOS platforms. React Native’s immense popularity and worldwide adaptation are the various cross-platform benefits it brings to the table like reusable components, sharable code repository, native elements, and much more. However, React Native app development isn’t without its challenges. To avail of the various benefits this platform offers, there are equal if not more obstacles too that can often make utilizing React Native’s all features difficult.

If you want to understand the various benefits and challenges of using React Native in detail before making your decision, we will discuss it all in this blog. After going through the merits and demerits of React Native, you can decide whether to choose React Native for your mobile app project or not.

React Native App Development Facts you should know about

To better understand React Native, we should understand the basic constituents and components that build up this framework. Here are some important facts to know about React Native –

1. React Native is based on JavaScript

JavaScript is one of the most popular, globally used programming languages that all developers are comfortable with. Hence the learning curve significantly reduces, and finding developers to work on your React Native app project becomes easier.

One of the biggest hassles with most mobile app frameworks is the complications that come with it. Luckily with React Native, developers don’t need to worry about such issues as it can be directly installed through NPM, which is one of the easiest packet managers to use for developers with a JS background.

React Native probably has one of the most active communities behind it, with many multinational brands such as Airbnb actively contributing libraries to ease React Native app development. There are many React Native forums and help rooms where you raise your concerns or doubts and get help swiftly.

4. Ability to expand beyond the realm of mobile development

React Native is already extremely capable of developing native-like mobile apps. But it can be further expanded to make apps for smartwatches, smart TVs, and other smart devices, making React Native a truly cross-platform framework.

No framework comes without its challenges or limitations, and React Native is no exception to this. Even though React Native brings many benefits to both developers and clients, there are also many React Native App development challenges you should know about –

1. You will still need to rely on Native app developers

If you need to apply heavy computational tasks and operations in your React Native app, you will have to offload them to native parts of the app, for which you will need to hire native app developers.

React Native works on single threading, delaying the development process as developers cannot run processes in parallel. This is one of the greatest React Native limitations.

Apps build on React Native for iOS often annoy React Native developers as they are difficult to test on any other platform apart from Apple’s Testflight. Comparatively, Android support is efficient and seamless, but support for iOS could be better and does need improvements.

Next, we should discuss the common mistakes in the React Native Development process that most beginners and trained professionals often make. Knowing about these mistakes can help us be more mindful of not repeating them.

React Native has a repository of thousands of libraries that can be integrated in your project for various purposes. They can help you solve common React development problems with lesser code and in lesser time.

However, external modules are always liable to the uncertainty risk of being deprecated or not being compatible with your existing code. Many developers use third-party libraries without going through their documentation or code style, which leads to conflicts in the app, and makes the project messier than before.

Console log statements are a blessing during production in React Native. They help debug the app execution process.

However, if they are left in with render methods and logic in the app, they can cause bottleneck issues in the JS thread, making the app perform slower than its calibre.

Don’t get us wrong, high-res images are a must for any app that depends on multimedia content and needs to have an appealing UI to attract users.

However, these images take up a lot of space and use up many app resources to load such files. This makes the overall bundle size of your React app larger and the app loading time slower.

4. Not focusing on writing Unit Tests

Many React developers make this mistake in React Native which should be avoided. Even though your React Native app can work without writing a Unit Test, it is still shooting blindly without any guarantee that the app will perform once you deploy it on the app stores for your customers.

Hence to avoid such a gamble, it is always advisable to write unit tests for your React Native app that allows you to examine all different components of your app separately. This can help you identify mistakes in the earlier stages of development and rectify them for much lesser costs than testing them at the end right before deployment.

These are the React Native challenges and benefits you should know about in 2022. Make sure to make an informed decision about the framework you choose for your mobile app development project, as it plays a major role in how your app will turn out to be. 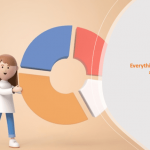 Everything You Need to Know About Tensors 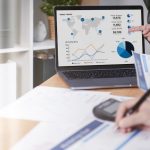 The Power of Data Analytics for Non Profits

Price Optimization A Guide for Retailers 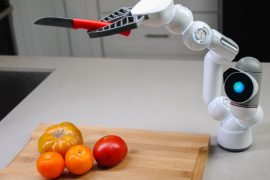