How To Secure Your IoT Network with SSL Certificates?

The recent announcement that the US Federal government has re-introduced an act to improve IoT cybersecurity has focused everyone’s attention on the issue. Although IoT is a prime victim of cyberattacks, many IoT device manufacturers emphasize connectivity and functionality over security in their products.

Things are, however, beginning to shift. The re-emergence of Mirai, a malware that attacks smart devices, uses ARC processors to run and turns them into a network of bots that can be controlled remotely. This has highlighted the importance of protecting the IoT devices and current concerns about how easily the Triton malware entered IoT devices.

As a result, there have been many efforts to safeguard IoT networks. Some argue that combining AI with Blockchain technology could fix the problem. However, blockchain suffers from scaling challenges, making it an ineffective option for securing large IoT networks.

Botnets are groups of internet-connected devices used to steal data, corrupt networks, and send spam messages/emails. They are a type of malware that enables hackers to access an IoT device and its connection to enter a company’s network, making them one of the most dangerous threats to businesses.

They are especially noticeable in appliances that were not built to be secure from the start. These gadgets are always changing and evolving. It is vital to keep an eye on their changes and threat behaviours to avert attacks.

While artificial intelligence (AI) attacks have been quite common in the past 15 years, their vulnerabilities to IoT networks are becoming more prevalent. To execute their attacks, hackers are now creating AI-powered programs that are quicker, easier to scale, and more effective than humans.

This is a significant threat to the IoT ecosystem. While the techniques and features of traditional IoT risks posed by cyber attackers appear to be the same, the scale, automation, and personalization of AI-based attacks will make them harder to combat.

While complex passcodes can provide safety for most IoT devices, one weak passcode is more than enough to access your company’s network. Hackers can attack your entire corporate network because of the inconsistent handling of passcodes across the office.

A password-oriented attack becomes more likely to occur if one person fails to follow advanced password management practices. It is critical to maintaining proper password hygiene to guarantee that your company adheres to best industry practices in terms of security.

Asymmetric encryption is used by the SSL protocol to safeguard data and information shared between two IoT devices. In the most common scenario, a website will deliver an SSL certificate to the user’s browser, and a trustworthy supplier will have signed it.

Given a big key size, the mathematics of the protocol makes these SSL certificates tough to falsify, giving users confidence that the site they are connected to is authentic. SSL certificates can be utilized for a variety of purposes.

Big corporations frequently use them to verify clients or grant certain workers safe access to databases or files. They are also utilized to secure emails. This method can also be used to ensure that IoT devices are authentic. In three ways, this increases IoT device security. Let us look.

What Are IoT SSL Certificates and What Do They Mean?

The number of smart devices is increasing each day, and it is more critical than ever to have a trustworthy data security solution. An API connects every IoT device to the system. It is a method of transferring data between multiple platforms that makes it easier.

You will need a more robust security solution when you already have a large data stream to manage from multiple IoT devices. As per the IDC report, there will be around 57 million IoT devices by 2025, with IoT platforms accounting for more than 75 % of them. Furthermore, by 2025, the utilization of smart devices will have increased to 73.1 zettabytes.

Managing Big Data and ensuring that no data breaches or hacking occur throughout the data transfer is essential. Such safety can be ensured with better encryption. You will need SSL certificates with a high-quality encryption method to protect your data.

How Does an IoT SSL Certificate Work?

IoT SSL Certificates encrypt data and change it into gibberish so that no cyber-criminal can decipher it. It sets up encryption between the IoT device and the app. Furthermore, an SSL Certificate encrypts the data to avoid interception throughout the transfer. As a result, the information will not be readable even if captured.

For ensuring high data integrity, businesses require safe and secure systems. An SSL Certificate allows every employee to authenticate data access, ensuring higher data integrity while safeguarding your system. Using multi-factor authentication in conjunction with SSL is another technique to improve data security. The employee’s device receives the private key needed for the decryption of data.

As a result, fraudsters may take advantage of it by impersonating the device and obtaining your personal information. The IoT SSL certificate fixes the problem by adding a trustworthy, unbeatable component to each device.

SSL certificates are a great method to keep your data safe and allow IoT devices to be authenticated with confidence. However, these are only a few benefits that using IoT SSL certificates can provide.

How To Use an SSL Certificate to Protect Your IoT Network?

SSL is now the only scalable security solution that protects IoT networks against cyber-attacks. As a result, IoT devices should be designed with extra overheads that are enabled to use SSL.

Encryption may be required if you wish to safeguard your IoT network as a user. The first step you should take to make your life easier is selecting reputable SSL certificate providers. Overall, SSL is required for all IoT devices due to government regulations or public pressure. SSL certificate types are available at discounted price starting from single domain to cheap wildcard SSL certificate, Comodo Multi Domain Wildcard SSL and many more.

For all the smart devices that we use right now, SSL certificates are essential. As a result, you need to install them on all your company’s and personal computers. When selecting an SSL certificate, always keep the number of domains and subdomains in mind.

Make sure to purchase an SSL certificate from a reputable public certificate authority, whether you want a single domain or a wildcard SSL certificate. Prepare ahead of time because we never know when a cyberattack can occur. 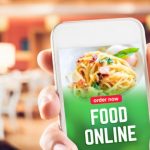 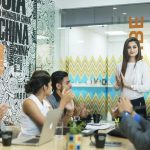