With the growing amount of workforce, consumers, and transactions, the human resource department is necessitated to divert themselves, focusing on the new technologies to assist in faster decision-making in a volatile environment that exists in the business.

This includes a wide range of data related to people skills to performance ratings, safety record, educational background, and so forth. Managing all these data has led the human resource to a major concern.

Thus the lack of proper information resource management led to the arrival of big data analytics. But then, what exactly is Big Data Analytics?

Understanding The Meaning And Evolution Of Big Data Analytics

In a much broader sense, it is a complex process of examining data to discover information related to correlations, market trends, customer preferences, etc. That helps the business organization make desirable and the right decisions.

In the middle of the 1990s, the term called “big data” was initially used to refer to the increasing data volumes.

Later in the year 2001, an analyst named Doug Laney expanded the whole notion of the term. This comprised the increase in the variety of data that was generated by the companies and the velocity at which those data were created and updated.

The three factors that were involved in it – volume, variety, and velocity, came to be familiarly known as the 3Vs. Later there were two others added to this – veracity and value.

Veracity in this context means quality if the data and Bernard Marr added value, who says that the data is not worth it unless they can be turned into value. Thus, right now, there are 5Vs concerning big data.

The Hadoop distributed the processing framework separately that was launched as an open-source project in the year 2006. This became the seed for a clustered platform and geared up to run the big data applications. However, gradually in the year 2011, the concept named big data analytics began to take a firm hold in many organizations.

While the Hadoop took shape and began to mature, big data applications were initially accepted by the large e-commerce and internet companies. But then, with the passing of years, understanding the importance of the concept, its growth, and usage was and is still embraced by many retailers, manufacturers, healthcare organizations, etc.

The following image shows the statistical data of the increasing percentage of the organization willing to adopt big data.

Now coming to the crucial part of the article, before we coils understand how big data benefits HR performance, firstly, it’s better to understand the need for big data in HR.

It was comparatively easy to collect and maintain employee’s information, such as benefits packages and salaries in the past. However, with the growth of business and its functions, the adaption of big data into HR has paved the way not just to collect but also to assess the data before, during, as well as after the hiring process to ensure an effective workforce and hiring decisions.

HR managers are enabled to monitor and improvise the recruitment efforts to identify the ideal candidates. According to Deloitte, 71% of the organizations say that they consider people analytics as a high priority, with 31% reporting it “very important.” Thus big data gives the HR department a chance to recognize employee patterns and trends to develop programs that are designed with the motive of improving loyalty and thereby reduce the turnover ratio.

Relationship Between HR And Big Data

The times that we talk about employee turnover prediction, they work with a large quantity of data that helps in generating new insights for the workforce. This means that the HR data that’s big in quantity becomes the input for the HR analytics. Let’s try to understand the relationship between the human resource and big data by discussing the 5Vs of big data concerning HR.

The overall volume of the HR data is relatively low, with a few gigabytes. This isn’t bad, but then, just exceptionalizes HR. However, when we expect bigger data for big data analytics, a few GB of data by itself is quite enough for an average HR professional.

Even the velocity of the HR data is quite low as they are generally static information. Any of these records very rarely change may be due to shuffle or switching from one to another function.

Talking about the veracity, most of the time, the HR data is unorganized, making it unreliable. For instance, an employees’ career history is overwritten. This reorganizing may make it difficult to keep track. Like asking, how can you say that an employee’s responsibilities have remained the same while his profile has been changed twice in the past 5 years?

The information maintained by HR undoubtedly holds value in them. When the data are leveraged rightly, the information can be useful in reducing workforce risk, and above all, they contribute to the firm’s right decision-making.

As we have already discussed the relationship that HRM shares with big data, we can be sure that there is a vast opportunity for the human resource to be boosted with big data adoption. Now, let’s discuss to know how big data benefits human resource management’s performance.

It is a known fact that there is a big battle out there for talented recruits. Thus there is a major challenge involved in attracting qualified professionals. But then, with the use of big data, the HR managers are provided with an opportunity to make the recruitment process more effective. The big data does so by filtering all the resumes and shortlist the promising candidates as per the programmed standards.

There is a wide range of platforms available these days that allows the HR manager to make an announcement for the vacant positions. Be it internal or external, including the many online options. Using big data, you can recognize the more effective platform and prioritize the same for future recruitment posts.

Big data helps in gathering attendance records. And thus detects real-time data for the period for which there was an increase in absenteeism. For example, if the organization witnesses a higher rate of absenteeism between the months of December and February due to health issues, then the big data helps predict and the need to hire temporary staff. Thus, the productivity of the firm is made not to be affected.

With the use of big data, the companies can identify and differentiate the workforce based on their performance and reward the top performers. Whereby the employees feel motivated and would want to contribute more. On the other hand, big data also helps in recognizing the under-performers or the policy violators. This will reveal the organization the need to arrange a training program.

With the increasing competition for highly talented recruits, the managers have realized the need to have not just an effective recruitment process but also the need to retain the employees, which is quite challenging. But with the help of big data, the HR managers can quickly figure out the various reasons employees leave. When the organization is aware of the reason, it will help them take necessary actions for the same.

It is quite essential for the entrepreneurs to understand that gone are the days wherein the decision making was solely based on feedback, salary rates, etc. Rather, we are in a time where there is increased competition among the industries. The data plays a major role, leading to data-driven decisions that are more trending along with the AI-derived technologies.

The future is so unpredictable, and there’s an urgency to shift from traditional practices to digital practices. Especially where today’s majority percentage of the employees are millennials, digitalization is one of their significant demands. Thus, being updated with the necessary tools will not only help in a smooth flow of work but also gives a competitive advantage to survive in the market.

Divyang Metaliya is a Business Consultant working with factoHR. Apart from managing and improving business processes, his hobby is to spread his vast area of knowledge to the people out there. He loves to create content that is innovative and engaging for the readers.

7 Approaches to Use Big Data for Development of Mobile Apps 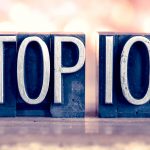 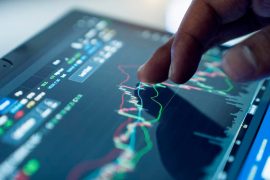 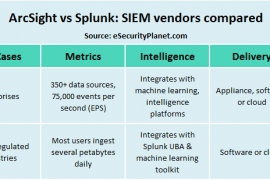 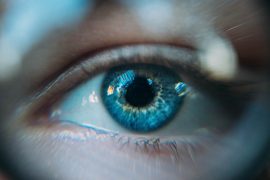