Read this fantastic collection of tips and tricks the author uses for writing clean code on a day-to-day basis.

In this article, I wanted to share a few tips for writing cleaner codes that I have absorbed in the last year — mainly from pair programming. Generally speaking, including them as part of my everyday coding routine has helped me generate supreme quality Python scripts, that are easily maintainable and scalable over time.

Ever thought why senior developer’s code look so much better in comparison to a junior developer. Read on to bridge the gap….

Rather than giving generic examples on how to use these techniques, I will be giving real-life coding scenarios where I have actually used them! Here is the Jupyter Colab Notebook if you’d like to follow along!

1. Use tqdm when working with for loops.

Imagine looping over a large iterable (list, dictionary, tuple, set), and not knowing whether the code has finished running! Bummer, right! In such scenarios make sure to use tqdm construct to display a progress bar alongside.

For instance, to display the progress as I read through all the files present in 44 different directories (whose paths I have already stored in a list called fpaths):

Using tqdm with “for“ loop

Note: Use the desc argument to specify a small description for the loop.

2. Use type hinting when writing functions.

In simple terms, it means explicitly stating the type of all the arguments in your Python function definition.

I wish there were specific use cases I could provide to emphasize when I use type hinting for my work, but the truth is, I use them more often than not.

Here’s a hypothetical example of a function update_df(). It updates a given data frame by appending a row containing useful information from a simulation run — such as classifier used, accuracy scored, train-test split size, and additional remarks for that particular run.

Type-hints have no impact on your code other than adding documentation.

It’s still good practice, though, to include it! I feel it lends more clarity to oneself when writing a function. In addition, when someone makes a call to such a function, they get to see nice prompts for the arguments it would take as inputs.

Prompts when calling a function with type hinting

3. Use args and kwargs for functions with unknown # of arguments.

Imagine this: you want to write a function that takes as input some directory paths and prints the number of files within each. The problem is, we do not know how many paths the user would input! Could be 2 could be 20! So we are unsure how many parameters should we define in our function definition. Clearly, writing a function like def count_files(file1, file2, file3, …..file20)would be silly. In such cases, args and (sometimes kwargs) come handy!

Here’s an example of a function count_files_in_dir()that takes in project_root_dir and an arbitrary number of folder paths within it (using *fpaths in the function definition). As an output, it prints the number of files within each of these folders.

Counting the # of files in Google Colab directories

In the function call, we pass in 5 arguments. As the function definition expects one required positional arguments i.e. project_root_dir, it automatically knows "../usr" must be it. All the remaining arguments (four in this case) are “soaked up” by *fpathsand are used for counting the files.

Note: The proper terminology for this soaking up technique is “argument packing” i.e. remaining arguments are packed into *fpaths.

Let’s look at functions that must take an unknown number of keyword arguments. In such scenarios, we must use kwargs instead of args. Here’s a short (useless) example:

The usage is quite similar to *args but now we are able to pass an arbitrary number of keyword arguments to a function. These arguments get stored as key-value pairs in **resultsdictionary. From hereon, it is easy to access the items within this dictionary using .items().

I have found two main applications for kwargs in my work:

Note: Checkout matplotlib’s plot function using kwargs to specify optional embellishments for a plot such as linewidth and label.

Here’s a real practical use-case for extending methods using **kwargs from one of my recent projects:

We often use Sklearn’s train_test_split() for splitting X and y. While working on one of the GANs projects, I had to split the generated synthetic images into the same train-test split that is used for splitting real images and their respective labels. In addition, I also wanted to be able to pass any other arguments that one would normally pass to the train_test_split(). Finally, stratify must always be passed because I was working on a face recognition problem (and wanted all labels to be present in both train and test set).

To achieve this, we created a function called custom_train_test_split(). I’ve included a bunch of print statements to show what exactly is happening under the hood (and omitted some snippets for brevity).

Note: While calling this function, instead of using the actual image vectors and labels (see figure below), I have replaced them with dummy data for ease of understanding. The code, however, should work for real images as well!

Figure A Calling a function with kwargs in function definition

Bunch of things to note:

is equivalent to writing

To check what’s inside it, we can unpack it again using * operator (see the output in Pink).

Note: For those of you who’d like a deep dive into packing & unpacking using * operator, do check out this article.

While it is possible to fix all this manually, you will be saving yourself a great deal of time with pre-commit hooks. In simpler terms, these hooks can perform auto-formatting for you with one line of command — pre-commit run.

Here are some simple steps from the official documentation to get started and create a .pre-commit-config.yaml file. It will contain hooks for all the formatting issues that you care about!

As a purely personal preference, I tend to keep my .pre-commit-config.yaml configuration file simple and stick with Black’s pre-commit configuration.

Note: One thing to remember is that files must be staged i.e. git add . before you do pre-commit run , otherwise, you’ll see all the files will be Skipped :

If your project contains a lot of config variables such as database hostname, passwords, AWS credentials, etc. use a .yml file to keep track of all of them. You can later use this file in any Jupyter Notebook or script that you wish.

Given most of my work is aimed at providing a model framework to clients so they can train it again on their own dataset, I usually use config files for storing paths to folders and files. It is also a nice way to make sure the client has to make changes to only one file when running your script at their end.

Let’s go ahead and create a fpaths.yml file in the project directory. We will be storing the root directory where images must be stored. Additionally, the paths to the file names, labels, attributes, etc. Finally, we also store the paths to synthetic images.

Note: If you’d like to dig deeper, here’s a brilliant tutorial to get you started with yaml.

While there are certainly many nice choices for Python editors, I must say VSCode is hands-down the best I have seen so far (sorry, Pycharm). To get even more use of it, consider installing these extensions from the marketplace:

Pro-tip: Generate the docstring (using """) after you’ve written the function using type hinting. This way, the docstring generated will be even richer in information such as default value, argument types, etc. (See image on right above).

Keep track of all TODO comments inserted in your project

Congrats on being one step closer to a professional Python developer. I intend to keep updating this article as and when I learn more cool tricks. As always, if there’s an easier way to do some of the things I mentioned in this article, please do let me know.

Dr. Varshita Sher is a Data Scientist at Alan Turing Institute, and an Oxford & SFU Alumni. 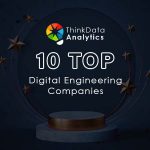 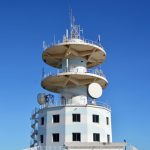 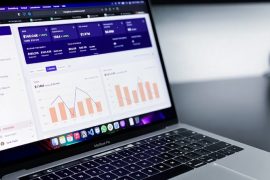 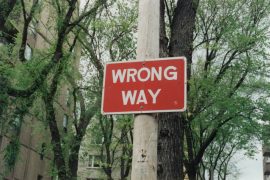 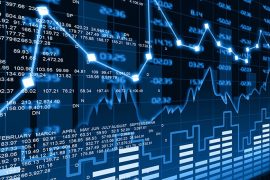