4 Ways to Remove Complications from Your Automation Testing Strategy

Automation has become the buzzword of the decade, with IT experts predicting up to 60 percent of business processes being automated by 2022.

So, it is safe to say that by the end of this decade automation be involved in our lives one way or another.

But as it is with every software or technology, it has to be put through a series of tests to ensure its efficiency. Not just that, it also needs to be updated from time-to-time to meet the needs of the ever-evolving market.

This article will enumerate 4 Ways to Remove Complications from Your Automation Testing Strategy. This information will allow you to create an effective strategy to meet all your automation testing goals.

Creating an automation strategy will allow you to set goals and allocate work efficiently. As some tests cannot be automated, showing foresight and devising a plan that allows you to bifurcate the testing process into manual and automation testing.

Tests that require a lot of time, simple pass/fail results, or have a high risk of failure, should be automated. Whereas tests such as UI/UX tests, accessibility tests should be done manually.

This knowledge can be used to create the perfect cocktail allowing you to save time and costs. Also getting rid of all the bottlenecks.

There are hundreds of tools out there; a tester should consider the requirements and the budget allocated for testing efforts before choosing the right tool.

Open-source tools such as Selenium and Appium are best suited for testers who have expertise. They provide testers with the most dynamic tests that are flexible to most OS and languages.

Beginners should be wary of these tools as they don’t offer in-app analytics.

For newbie testers, Katalon studio provides a wide array of functionalities such as support for all the different environments, in-app analytics, and tool-friendly integration. Making Katalon one of the best tools for new testers who want dynamic tests rapidly.

A command-line tool can save several hours of work required to set up a test by creating command-line parameters. Thus, giving the tester more time to conduct multiple tests.

Creating a testing strategy that works after the initial changes in design (that often happen after the first launch of the software) is vital. The automation test shouldn’t fail to detect the bugs and vulnerabilities in the application under test (AUT) after new updates. Creating a new test every time a new update or patch is launched can become a time-consuming and arduous task.

In these instances, providing unique names to your controls makes your tests unsusceptible to the changes in the UI of the software. Making your software less shaky and more robust.

Collecting data is a very essential part of creating a robust automation testing strategy. This data should be collected in external files such as XML and Excel sheets. The majority of the good automation testing tools are capable of reading and understanding this data.

Storing this data externally has many benefits. This data can be used over and over again for different tests. The tester can easily add new data to this file without making any changes to the test. By following this process, you can reduce the time taken to put-together data-driven tests.

Collecting and creating data for automation testing can become a tedious task. Creating a structure that allows you to easily add and subtract data is therefore crucial. This data collection makes the entire automation testing process convenient for the tester.

Automation testing is a complicated and lengthy process that requires a lot of planning. If you feel that you are incapable of creating such frameworks then you can acquire the services of an automation testing services provider.

An automation testing company ensures that your frameworks are operational. They also help you peter out bugs and vulnerabilities in your framework. They ensure that all the tests are executed in the correct way to deliver the results that you require. 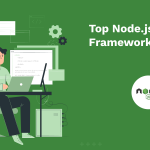 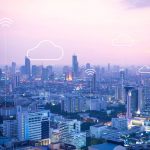 The Internet of Things vs. Related Concepts and Terms

What is Automated Testing and How Does it Work? 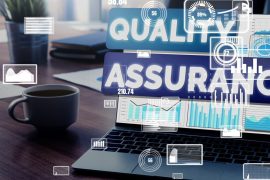